Hallein – an opponent never to be underestimated – seemed to be ready to play and had a good start in the game having the advantage for most of the first quarter. Early turnovers, missed easy shots and foul trouble of keyplayer Jessie Kohn resulted in a tough first quarter for BSC (BSC 23:22 Hallein), indicating the game to become very suspensful and close.

Going into the second quarter, BSC obviously adjusted their mindset and finally showed what had been set as main goals before the game: high intensity, tough defense and easy shots at the rim. Concentrating on these things led to an overwhelming 13-0 run including a nice dunk by Max Renner – see video) in the last two minutes of the second quarter and therefore closed the first half with a 17 point advantage (BSC 48:31 Hallein).

In the second half Hallein started with a 10-4 run in an effort to fight back but failed to keep up the tempo finishing the quarter without scoring a single point in the last 3 minutes while BSC continued to successfully follow their gameplan and added another dunk to the highlight reel (see video).

In the fourth quarter Hallein‘s hopes of winning were completely annihiliated by BSC‘s overall strong perfomance. Not only did every player of the team contribute to the great win by scoring points but additionally BSC set a season record of 76% shooting percentage from the freethrow line. After another great win, BSC wrapped up the regular season championship with a 7-1 record, achieving its main goal of being the top team in the league throughout the season, and will now prepare to go for an additional tournament title.

For those of you who want to see an exciting finals weekend, cancel all other plans on Saturday and Sunday (May 12 & 13) and show up (Location and Time will be announced soon) and cheer for our Team.
(This may sound like a friendly invitation but it implies a mandatory participation at the finals weekend;) ) 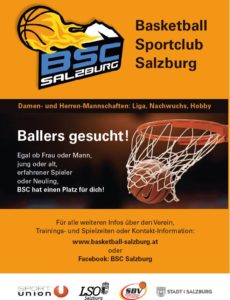 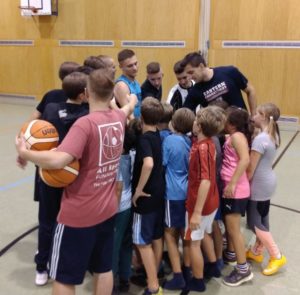 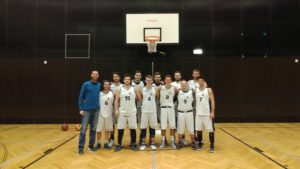 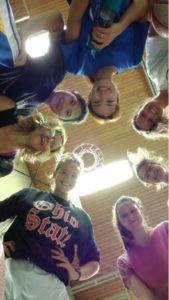